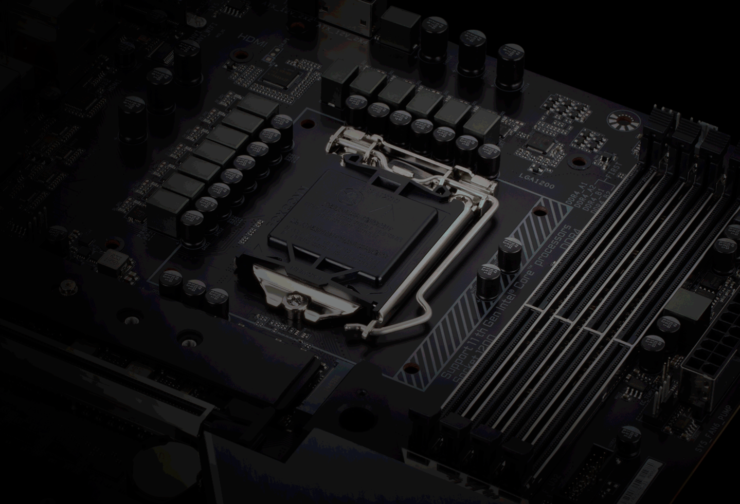 Two weeks from now, Intel and its board partners will be introducing their brand new Z590 (500-series) motherboards which would offer full support for 11th Gen Rocket Lake Desktop CPUs. The key feature of these boards aside from the next-gen CPU support would be advanced I/O features and full support for PCIe Gen 4.0 protocol.

The information comes listed on several Z590 chipset based motherboards that we have started receiving from board partners ahead of the 11 January announcement. Each motherboard has a sticker on the top PCIe slot which mentions that the Gen 4.0 protocol will be supported by Intel’s Rocket Lake Desktop CPUs.

As per the previously leaked information which covered all Intel Rocket Lake SKUs, the lineup will consist of Core i9, Core i7, and Core i5 chips. The rest of the lineup which includes Core i3, Pentium & Celeron series will not offer PCIe Gen 4.0 support and will retain Gen 3.0 compliancy since they are part of the Comet Lake family. Only Intel’s Rocket Lake CPUs have the architectural upgrades necessary to support PCIe Gen 4.0.

The PCIe Gen 4.0 protocol hasn’t been as big of a deal-breaker on the GPUs as it’s been for PCIe based storage devices. Next-generation SSDs with PCIe 4.0 has shown tremendous performance uplifts & with technologies such as NVIDIA’s RTX IO and Microsoft’s DirectStorage for desktop PCs are definitely going to utilize the interconnect protocol to allow for even faster performance and access times.

Motherboard makers, especially ASUS will be paying extra attention in incorporating hardware-level integration of PCIe Gen 4 on their Z590 line of motherboards versus their Z490 lineup as we pointed out here.

Following are the main Rocket Lake Desktop CPUs that we can expect within the 11th Generation family:

Moving on to the Comet Lake Refresh lineup, Intel seems to be repositioning its enhanced Skylake architecture for the mainstream and budget tier lineup. The lineup will include the following SKUs:

The architecture for Rocket Lake CPUs is said to be Cypress Cove which is reportedly a hybrid between the Sunny Cove and Willow Cove design but will feature Xe Gen 12 GPU architecture. Intel’s Core i9-11900K will be the flagship CPU offering in the lineup and expect more info on it soon. As for the launch, the motherboards will hit retail on 11-12th January while Intel’s 11th Gen processors are expected to arrive by end of March.

Which next-generation Intel Desktop CPU platform do you think will deliver the first major breakthrough against AMD Ryzen?