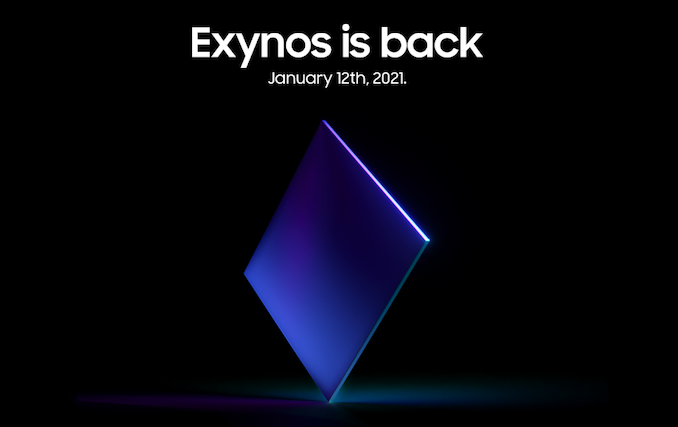 Samsung this morning has dropped as temporary teaser about their future-generation Exynos SoC. Dubbed “Exynos is back”, Samsung is revealing that there will be a appropriate announcement for the new SoC on January 12, which would slide on the first whole day of CES.

Getting that this is a teaser, any facts are non-existent. But it is worthy of noting that Samsung is promising “A entire new Exynos is coming”. Which hopefully is a sign that Samsung has spent the past pair of yrs really hard at do the job on improving upon their upcoming styles.

While the most new superior-finish Exynos models (e.g. Exynos 990) have been first rate, they’ve been overshadowed by rival Qualcomm’s types – not to point out Apple’s very own current market-foremost components. The final couple iterations of the chip have made use of Samsung’s very own in-home CPU core structure, which by no means worked out quite as perfectly as Samsung was hoping for, equally in overall efficiency and in trying to keep in advance of Arm’s individual licensable types.

Fittingly, Samsung has beforehand verified that they’re going to be (again to) applying Arm’s cores in future designs, notably the the Cortex-X1, Arm’s huge exertion to double-down on all round CPU overall performance. So it truly is pretty substantially certain that Cortex-X1 will show up in Samsung’s future-gen SoC – specially if they want to compete with Qualcomm’s X1-outfitted future-gen Snapdragon.

In any scenario, we’ll have much more on the matter in a few weeks, when Samsung makes their announcement. So remain tuned.

By zerklicker // 1 week ago
News
SoCs