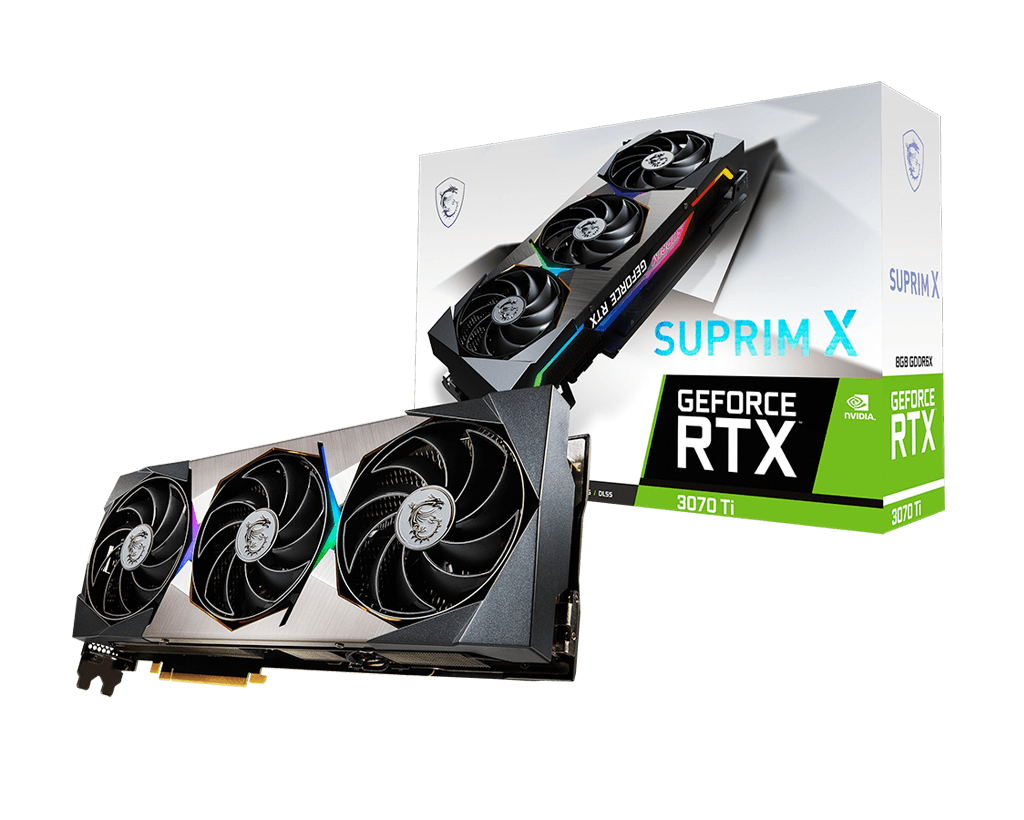 In addition to the custom design, the RTX 3070 Ti SUPRIM X graphics card comes with a non-reference PCB, featuring a 20 phase power design that features higher quality components than the reference variant which is already a really good design by itself.

In terms of clock speeds, the MSI GeForce RTX 3070 Ti SUPRIM X graphics card features an 1875 MHz / 1860 MHz boost clock (Gaming & Silent Mode) with a TGP of 310W. The card is powered up through a dual 8-pin connector configuration. The rest of the specifications including the memory clocks are rated at stock specifications.

Following are some of the features of the MSI GeForce RTX 3080 Ti SUPRIM X before we go into detail:

With the differences out of the way, now let’s talk about the similarities and the main highlights of the SUPRIM X design. The SUPRIM X graphics cards look vastly superior to the Gaming X Trio models and I can even say that they match the quality of the Lightning series which is exclusive for flagship designs. Both cards use advanced Tri-Frozr coolers which are the replacement of the MSI Twin Frozr series which have been widely used in current and last-generation graphics cards from MSI.

SUPRIM means more than just a new graphics card series from MSI. Decades of circuit engineering and cooling development have led to a new product design that
embraces prestige in its appearance and capabilities.

Concept turns to reality with high quality materials coming together such as thickened copper inside the PCB to brushed aluminum plating with precision cut edges on the exterior of the cooler.

A focus on the user experience and quality is reflected in the details, such as the dual BIOS
being set to Silent out of the box for comfort .

This card is amped up with robust power stages for durability, cooled with an extensive
heatsink system for sustaining extreme performance, and clad in a modern aesthetic to reflect a high performance lifestyle

MSI has incorporated and refined a couple of things in the new Tri Frozr design for SUPRIM X which is now referred to as Tri Frozr 2S while the Gaming X Trio variants feature the Tri Frozr 2 cooling. First is the TORX fan 4.0 which uses a ring design that connects two fan-blades with each other to increase airflow towards the internal heatsink assembly. These fans are made up of a double ball bearing design which ensures silent functionality in heavy loads.

The fans are fully compliant with the Zero Frozr Technology and are actually comprised of three areas. All of these would stay at 0 RPM (idle state) if the temperatures don’t exceed 60C. When it does exceed 60C, all fans would start spinning. You can change that through the MSI configuration panel if you want more cooling performance over noise load but it’s a nifty feature that I do like.

In addition to the cooling fans, the new VIP heatsink has been designed to be denser by using the brand new wave curved 2.0 fin design. The new heatsink makes use of deflectors to allow more air to pass through the fins smoothly, without causing any turbulence that would result in unwanted noise. MSI estimates a 2 degrees (C) drop in temperatures with the updated design versus the previous generation cooling system.

Talking about the heatsink, the massive block is comprised of seven copper squared-shaped heat pipes with a more concentrated design to transfer heat from the copper base to the heatsink more effectively. The base itself is a solid nickel-plated base plate, transferring heat to the heat pipes in a very effective manner. To top it all off, MSI uses their exclusive Thermal Compound X which is said to offer higher thermal interface and heat transfer compared to traditional TIM applications.

Rocking a classy brushed look, the backplate on the SUPRIM X series provides a nice visual finish to the card. It also strengthens the card and thanks to some cleverly placed thermal pads even help to keep temperatures low.