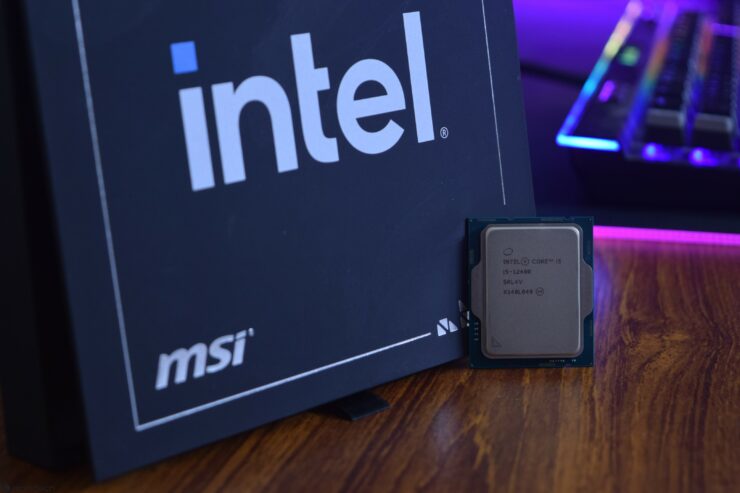 Intel finally unleashed a sub-10nm (officially the Intel 7 process, which is comparable to TSMC 7nm) desktop CPU with its 12th Gen Alder Lake processors in later 2021, bringing an end to the blue team’s multi-year slippage at 14nm.

The company has largely been stagnant in the consumer desktop space. The main reason for this stagnation has been Intel’s reliance on its 14nm process node and Skylake architecture which has served the desktop space since 2015 up till 2020 (10th Generation Comet Lake) while Intel’s 10nm process dilemmas and yields couldn’t keep up with Skylake in mainstream desktop space. To build up its 10nm inventory for a mass consumer launch, Intel did release an intermediate platform, the Z590, and the respective 11th Gen Rocket Lake lineup with a new architecture but limited to just 8 cores due to power scaling and inefficiency on the 14nm process node.

The Alder Lake architecture also featured a plethora of innovative changes including a hybrid architecture with big.SMALL design features p and e-cores as well as a new hardware scheduling technology that will go live in Windows 11.

One of the issues and an ongoing one is the competitive threat from AMD’s Ryzen processors which aren’t only tackling Intel in terms of pure core count but also in terms of IPC which has exceeded Skylake levels and also pricing in which AMD has simply made Intel’s once iconic Core i5 and Core i7 lineups disappear from the game. Despite the newer architecture, the Rocket Lake CPUs proved not to be competitive in the multi-threaded space and Ryzen 5000 CPUs even offered better gaming performance in several AAA titles.

There’s another key department where Intel still holds the lead over AMD which is due to the process maturation of the 14nm node over the years. In terms of clock speeds, Intel has taken the battle to AMD which makes sense in a way since while their remerged rival can beat them in terms of price, cores, they can surely flex their muscles in terms of clock speeds, however, AMD has been knocking the socks off Intel with its impressive gen-over-gen IPC gains which invalidate the clock speed gains that intel has been so proud of. Those clock speeds also come at a big disadvantage on the existing 14nm node and that’s power consumption. Intel Desktop CPUs are no longer the king in terms of efficiency.

To address these shortcomings, Intel decided to launch a second architecture overhaul, and oh boy! It’s a big one. Enter Alder Lake, a brand new approach to x86 consumer processors which feature two key cores technology and come with a brand new platform that is outfitted with the next-generation features such as DDR5 and PCIe 5.0. The Intel 12th Gen Alder Lake lineup will include the top to bottom i9, i7, i5, and i3 chips.

While the K-series Alder Lake lineup has proved a worthy competitor against AMD’s Ryzen lineup, the real deal is coming out now in the form of the Non-K series which will feature far attractive prices and competitive performance in both hybrid/non-hybrid packages.

Their main competitor is still the AMD Ryzen 5000 lineup based on the Zen 3 architecture that was introduced back in Q4 2020 and based on the Zen 3 core architecture and since AMD still has not updated its Ryzen family, it will be used for comparison. For this review, I’ll be putting the Core i5-12400 and the MSI MAG B660M Mortar WiFi motherboard to the test, both of which were provided by MSI as a part of their reviewers kit.